Before talking to people about Jesus, we need to talk to Jesus about people. 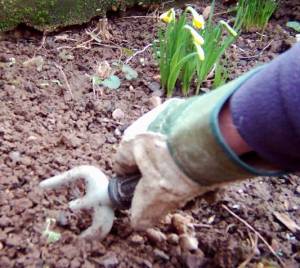 evangelism. When Jesus said “The harvest is plentiful but the workers are few. Ask the Lord of the harvest, therefore, to send out workers into his harvest field” (Matt 9 :36-38) he was looking at a crowd of many people who were coming to him hungry for an encounter with God. In terms of evangelism there ARE places in the world where the harvest does seem to be plentiful and many are open to hearing and receiving the gospel. But in other places this seems to be less the case. In these places it seems to be that a very large proportion of the population are neither open to, nor interested in hearing or receiving the good news of Jesus. “For this people’s heart has become calloused; they hardly hear with their ears, and they have closed their eyes. Otherwise they might see with their eyes and hear with their ears, understand with their hearts and turn, and I would heal them.” (Matt 13 : 15) In other words, the ground is hard or full of thorns – the seeds scattered on the ground are not falling on good soil (Matt 13:1-8Matt 13:1-8
English: Good News Bible (UK) - GNB-UK
The Parable of the Sower 13 1 That same day Jesus left the house and went to the lakeside, where he sat down to teach. 2 The crowd that gathered round him was so large that he got into a boat and sat in it, while the crowd stood on the shore. : 3 He used parables to tell them many things. “Once there was a man who went out to sow corn. 4 As he scattered the seed in the field, some of it fell along the path, and the birds came and ate it up. 5 Some of it fell on rocky ground, where there was little soil. The seeds soon sprouted, because the soil wasn't deep. 6 But when the sun came up, it burnt the young plants; and because the roots had not grown deep enough, the plants soon dried up. 7 Some of the seed fell among thorn bushes, which grew up and choked the plants. 8 But some seeds fell in good soil, and the plants produced corn; some produced a hundred grains, others sixty, and others thirty.”

WP-Bible plugin). The church is working in fields where there are few crops to be harvested and so attempts to evangelise produce small results.

Evangelism, of course, is first and foremost God’s work. Jesus said, “This is why I told you that no one can come to me unless the Father has enabled them.” (John 6 : 65) So this is why, for us, prayer is the primary answer to the problem. Paul writes, “I urge, then, first of all, that petitions, prayers, intercession and thanksgiving be made for everyone— for kings and all those in authority, that we may live peaceful and quiet lives in all godliness and holiness. This is good, and pleases God our Saviour, who wants all people to be saved and to come to a knowledge of the truth.” (1 Timothy 2 :1-4) So it is our prayers which will prepare the ‘soil’ in people’s hearts so that the ‘seed’ sown by the Holy Spirit has a chance to germinate and grow. On this website page I aim to present some ideas for using prayer to ’till the soil’ in the lives of people we know, as well as in the region where we live. If you have other ideas for similar prayer exercises that I can add to this page then please do get in contact and let me know. Thanks!

I am dividing these prayer exercises into three categories with agricultural titles:

These exercises are for tilling the ground in the lives of those we know well, our friends or family, or the people we work or study with.

These exercises are for tilling the soil at a local town or parish level.

These exercises are for tilling the soil on an international, national, region or city level.

In our desire to see people saved (especially those we know and love) it can be hard to keep on praying when there is no evidence that our prayers are making any difference. I want to assure you that prayer always does make a positive difference, though it often takes time and may not be the difference you were expecting.

What then should I pray for when I lift people and places up to God?

There are three attitudes people need to have if they are going to find God. The first is desire. If a person has no desire for God then they will not look and they will not find. We need to pray that those who are on our hearts and do not yet know God will gain that desire to do so. The second is faith. Jesus said we only need a faith the size of a mustard seed for prayers to be answered, and mustard seeds are very small. Sometimes it is enough for it to be the faith of the pray-er, rather than the one who is being prayed for, in order for the prayer to be answered. But whoever has the faith, some faith is definitely needed and should also be prayed for. The third is humility. No one will do business with God without approaching him in humility. As pray-ers, we need to approach God in humility, but we also need to pray that those on our hearts will also acquire a sense of humility towards God. If you would like to learn more about prayer take a look at my free to download prayer course Seekers through Prayer, or read a good book on the subject like those recommended on my Reviews page.