The name Prayer Eleven began life as the name of a prayer course I wrote when studying theology in Canada in 2004. I took a module on prayer, and for the final assignment I was required to put together my own course on prayer. The course I wrote was intended to be done by adults over an eleven week period – hence the name ‘Prayer Eleven’. The much modified/improved course is now called Explorers in Prayer, and it had such a positive impact on members of my church in Pudsey (UK) when I led them through it that I decided to make the course available to anyone to download via the Prayer Eleven website.

Over the years the website has grown. In 2010 I completed the writing of a second course on prayer called Seekers through Prayer which I also made available through the website. Whilst the Explorers in Prayer course was intended to be done by a group of people, the new Seekers through Prayer course was for people to do on their own. Now that I had two courses on offer I decided, in 2011, to create the School of Christian Prayer. I toyed with the idea of creating an on-line school using Moodle and linking it to my Prayer Eleven website, but I have since decided that the time is not right for this.

Prayer Eleven has been a journey of discovery that God has taken me on, and it has been more than just learning about techniques of prayer. I have also been learning about the inter-connectedness of the development of our prayer lives with our growth in spiritual maturity. Wanting to explore this further I enrolled onto a Master’s degree in Christian Spirituality at Heythrop College, London, which I completed in 2013. The Prayer Eleven website now reflects this theme of spiritual maturity by pointing to ways in which we can grow as Christians and providing information that may be of help in that process.

So the Prayer Eleven website has three key purposes:
1) To encourage prayer by offering a variety of ways to learn about prayer.
2) To raise the level of importance that we give to our spiritual development.
3) To make ecumenism a priority by including people from as many Christian denominations to contribute to this project.

For a more detailed record of the development of the Prayer Eleven website see: The Unfolding Vision 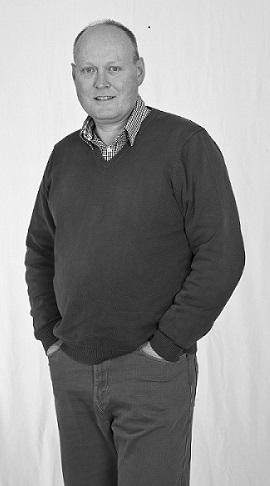 I was born into a Christian family. My father was an Anglican priest on the Evangelical wing of the church. I was nine years old when I first made a commitment to follow Jesus Christ and I have made many further commitments since as my understanding grew of what it means to live my life as his disciple. Choices had to be made and issues that seemed straightforward when I was a young man needed re-thinking as I passed through the experience of life with all its ups and downs. Whilst I probably would have, in the past, described myself as a ‘Conservative Evangelical’, today the label of ‘Open Evangelical’ fits me better (For some definitions of this term see these links: Wikipedia. I am also strongly committed to the Ecumenical movement, aware that some of the last prayers Jesus prayed before his death revealed his heart’s desire for unity among his followers (John 17 : 20 – 23). I believe my website strongly reflects these Open Evangelical and Ecumenical perspectives.

For many years now God has been taking me on a personal journey into prayer. He has been like the rudder on a ship, slowly turning me in the direction he has wanted me to go. Through one experience after another he has drawn me down a road of discovery, and my website is my attempt to pass on what I have been learning to others. In 2003/4 my road of discovery led me to study Theology in Canada. In 2006 I did the Spiritual Exercises of St Ignatius at a 30 day silent retreat in Loyola Hall (UK). Later that year I completed my training to be licensed as a Reader in the Bradford diocese of the Church of England. Then in 2013 I completed my masters degree in Christian Spirituality at Heythrop college, University of London. So the journey has involved retreats, lots of reading and study, but it has also been a work of reflection on the experiences God has taken me through in my normal life. Many people have been used by God to help me on my way. At the age of 46 God moved me from the experience of life as a single person into that of a married person, and now I am also the father of one little boy – both my wife and son are also teaching me many things. Today we live in Nottingham where we are part of the church family at Christ Church, Chilwell. Having been diagnosed with Parkinson’s in 2017, I am curious to see where God will lead me in this next part of my journey.

My other website is TheProphetsMinor.org A Christian drama resource for the church.